Europe's second wave is not as bad as it seems

This brief post collates some charts I found published on Twitter. My main motivation for creating this post is simply to present the charts in a blog form that is easy to view. Interestingly, these data appear to confirm, as James Todaro, @Covid19Crusher, and others have predicted, that Spain’s second wave would quickly burn out. I have discussed some of the theories in the discussion section. All credit to the original author @PishPishCat. 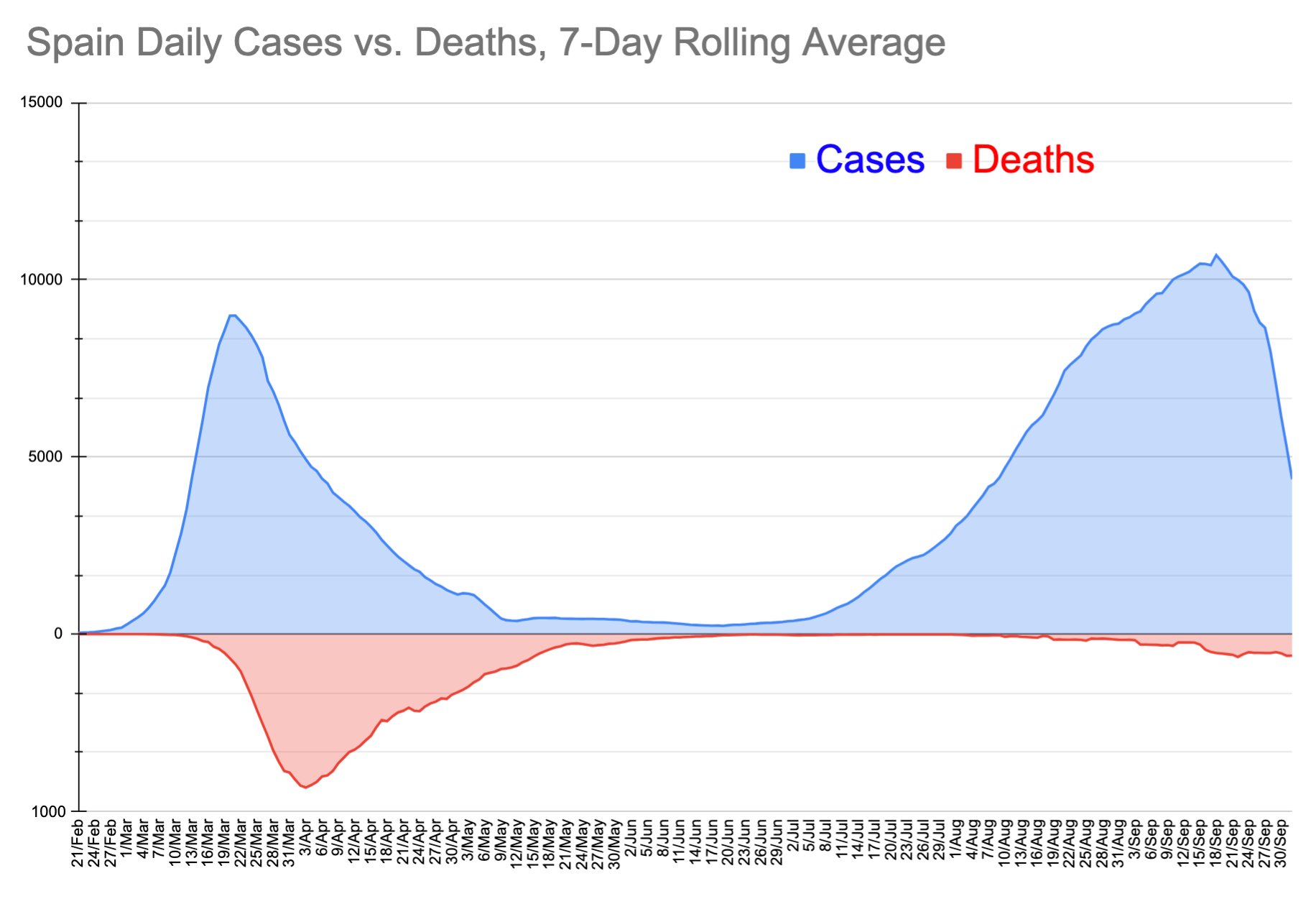 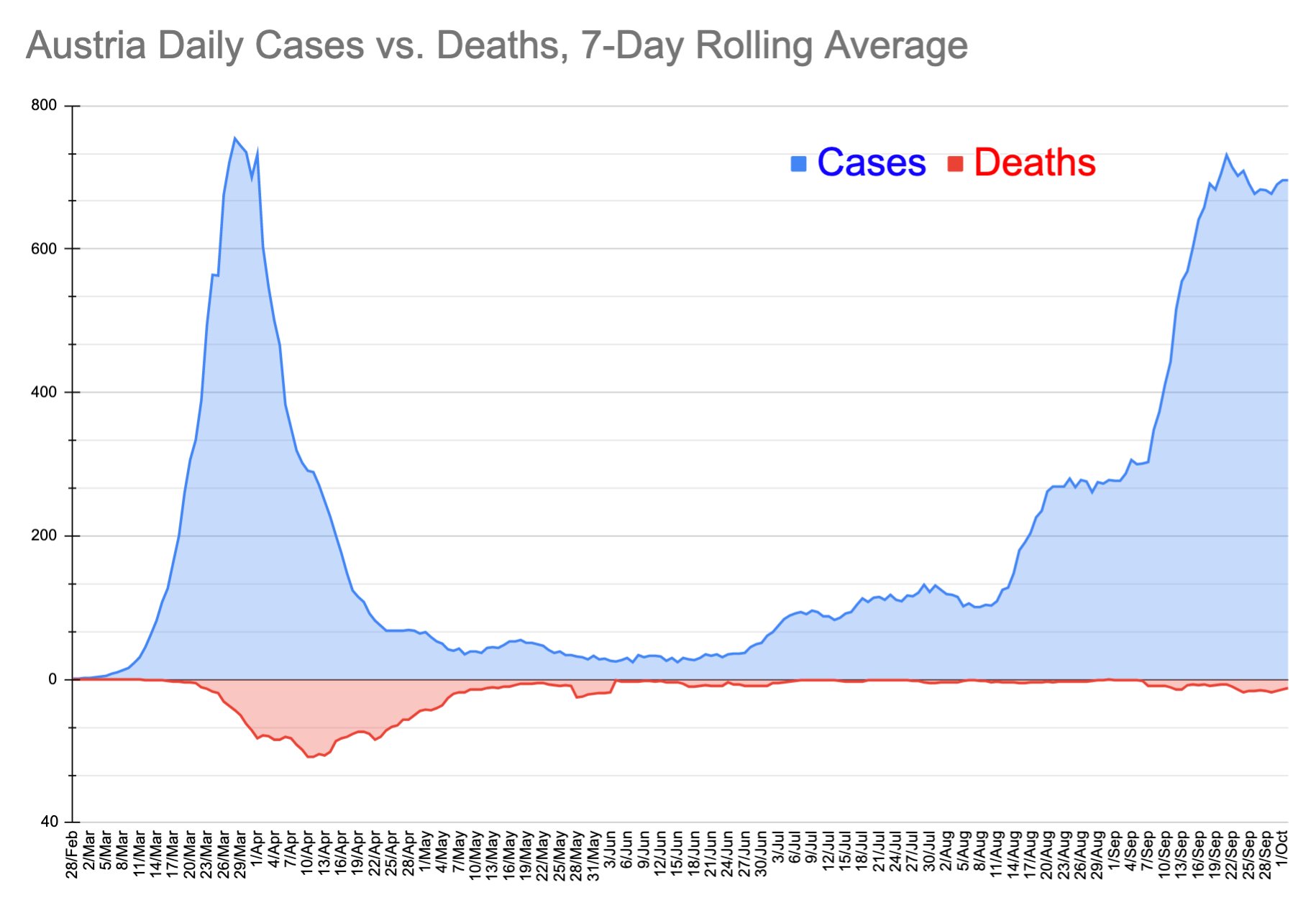 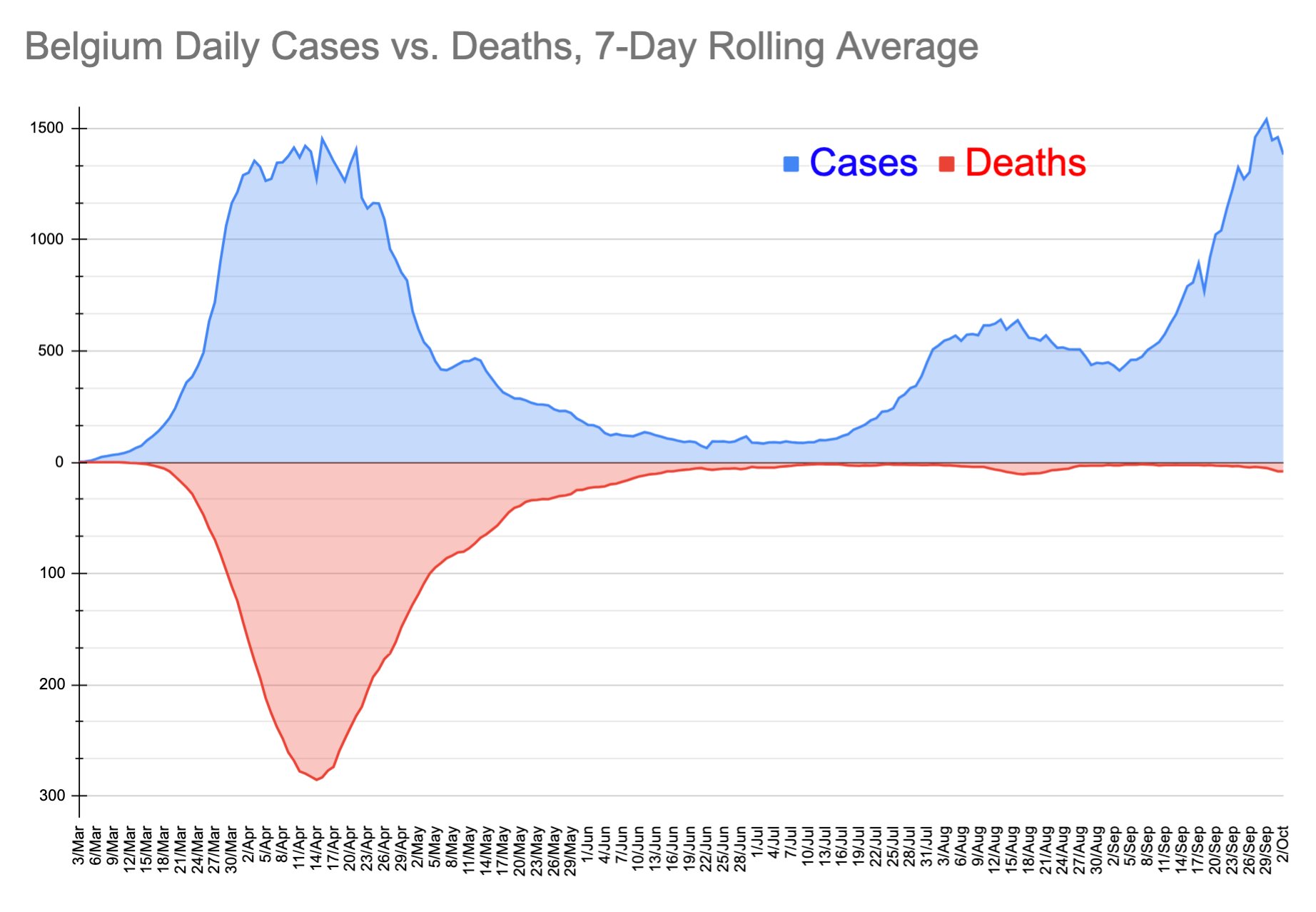 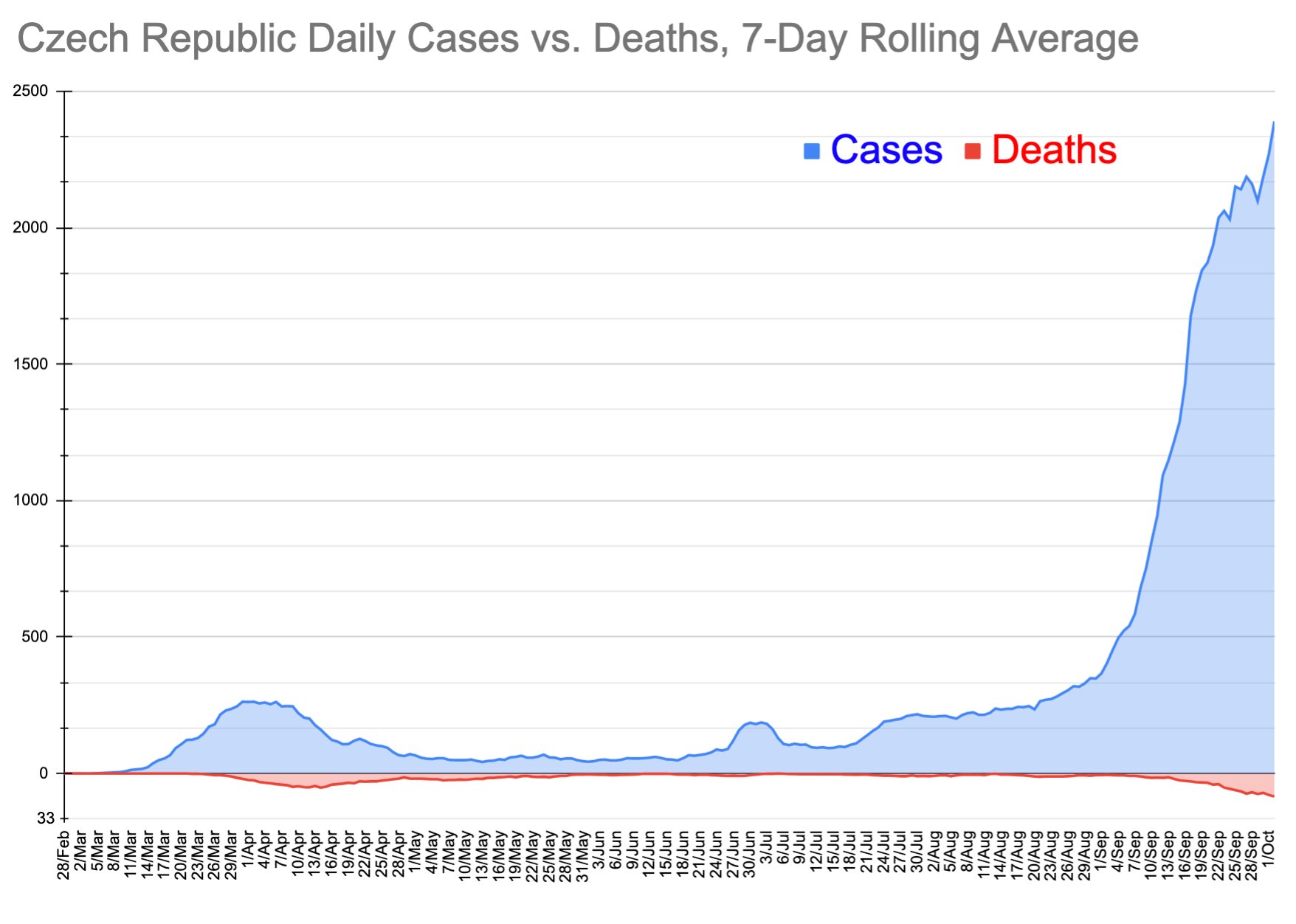 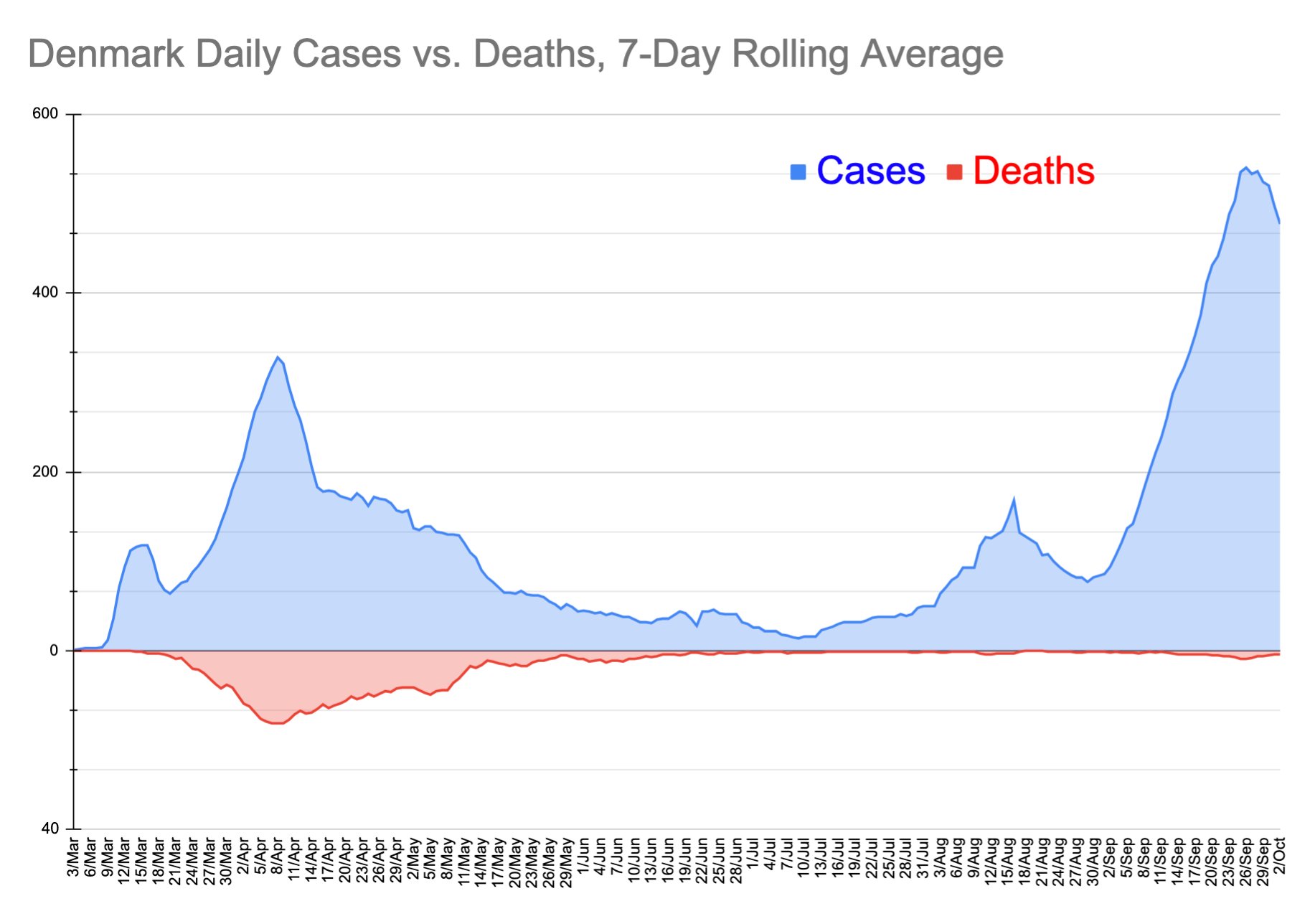 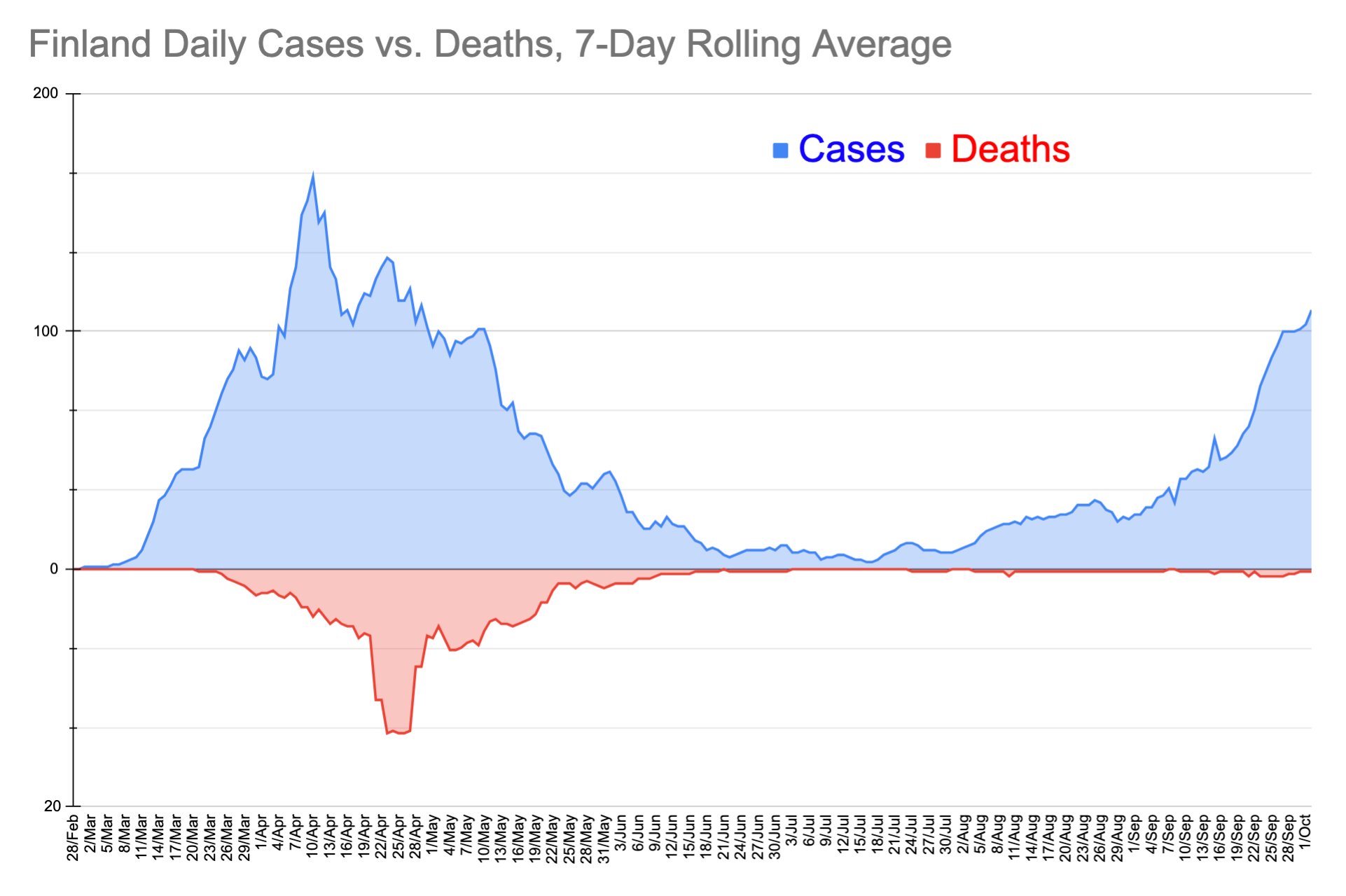 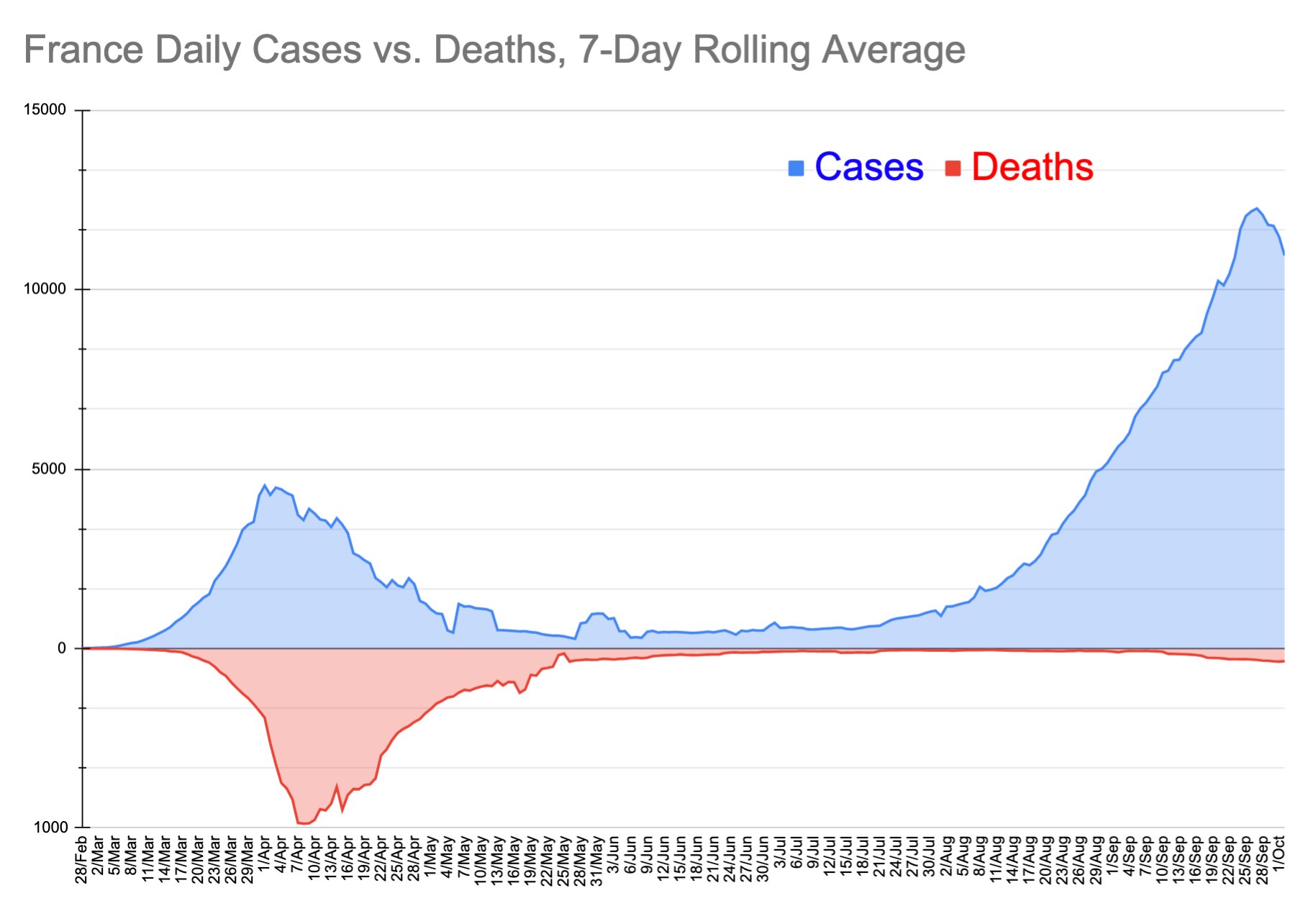 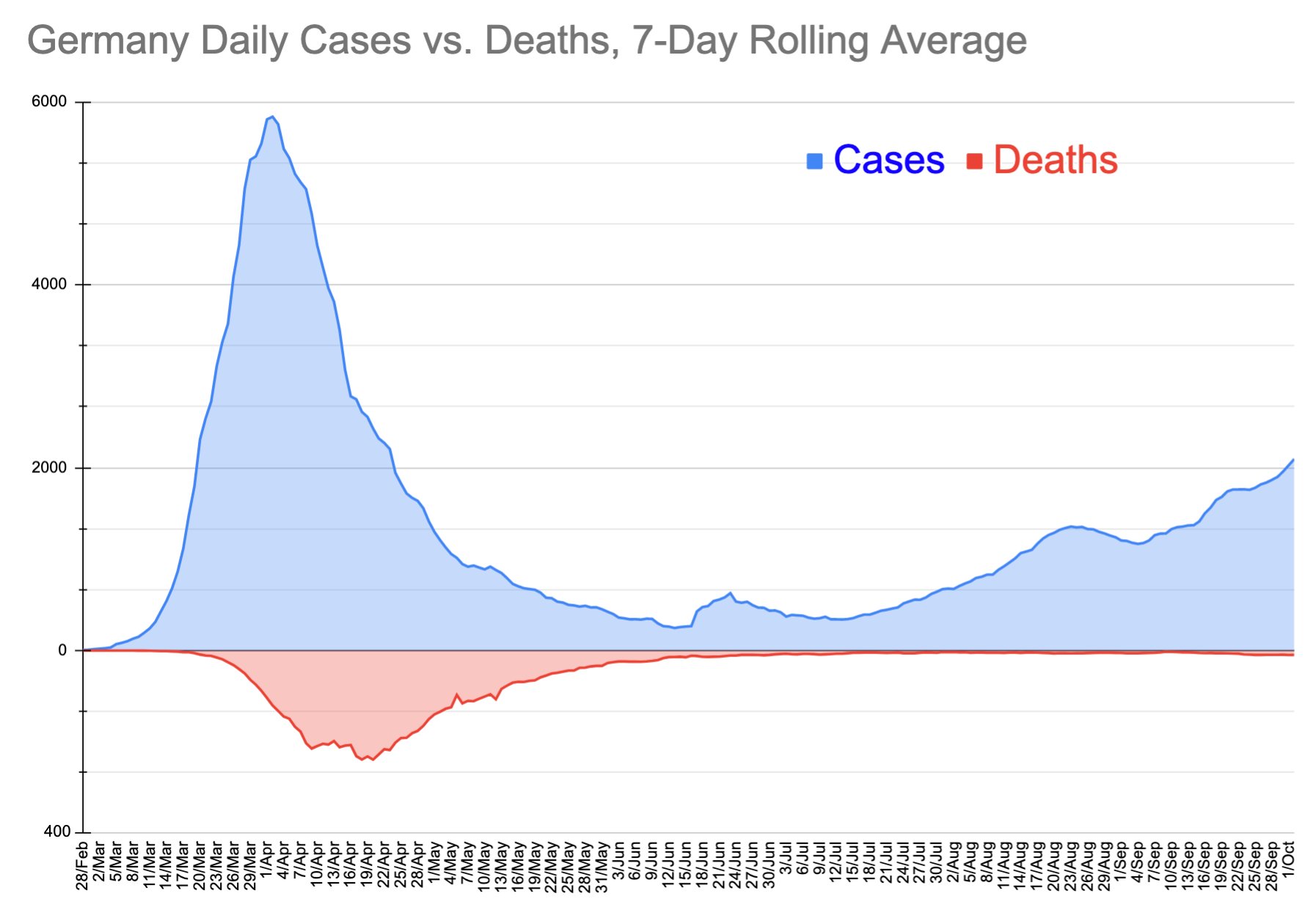 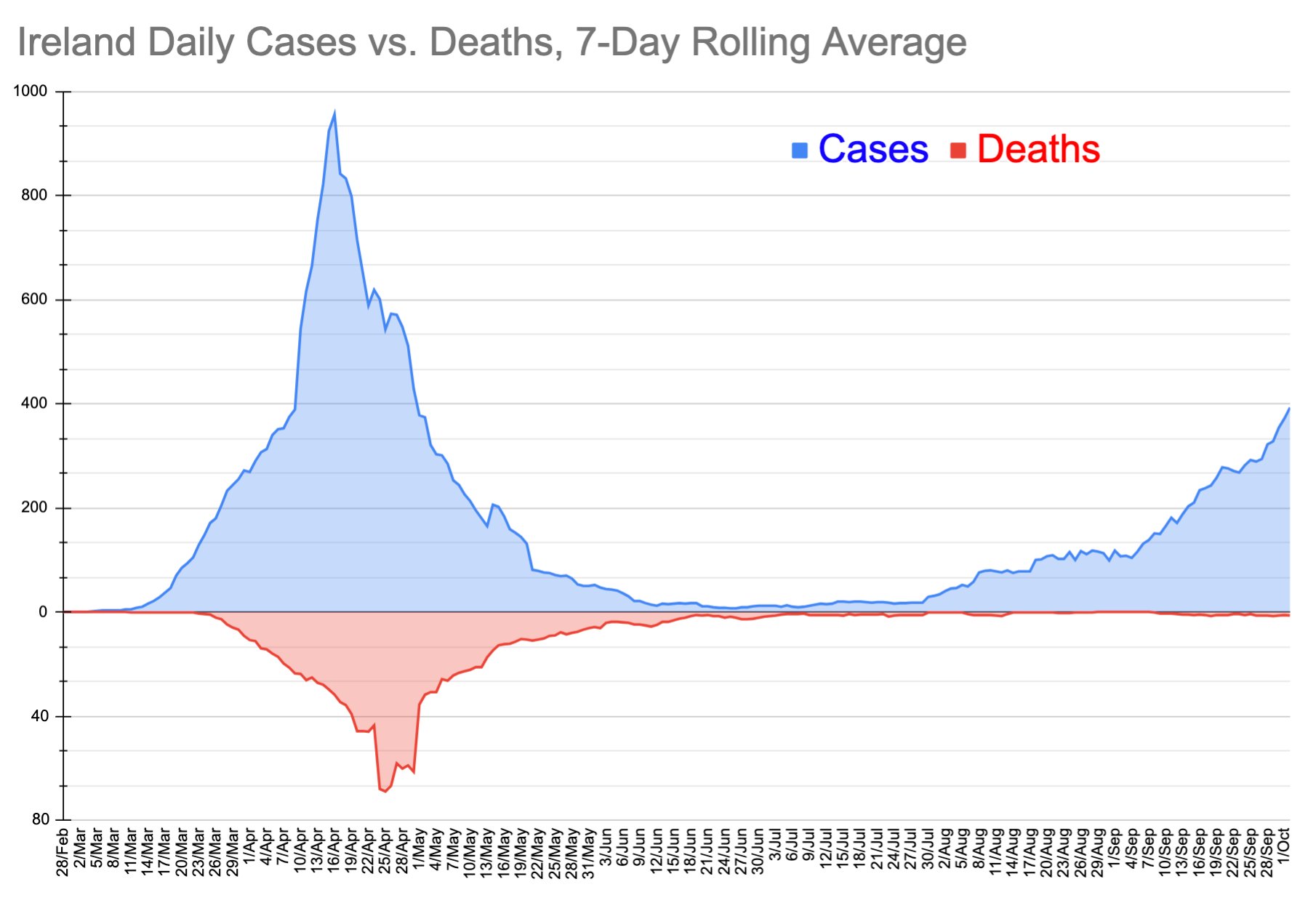 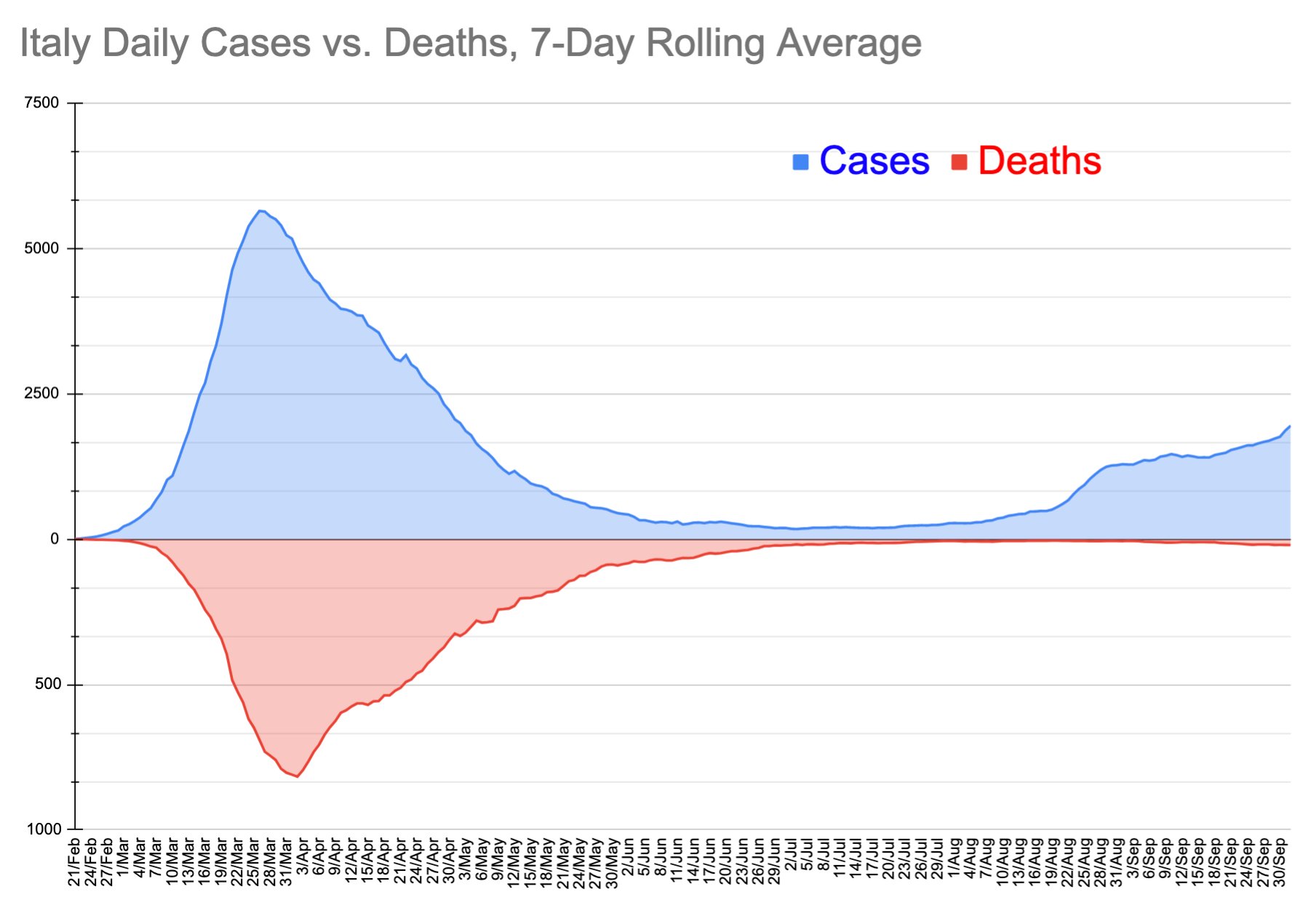 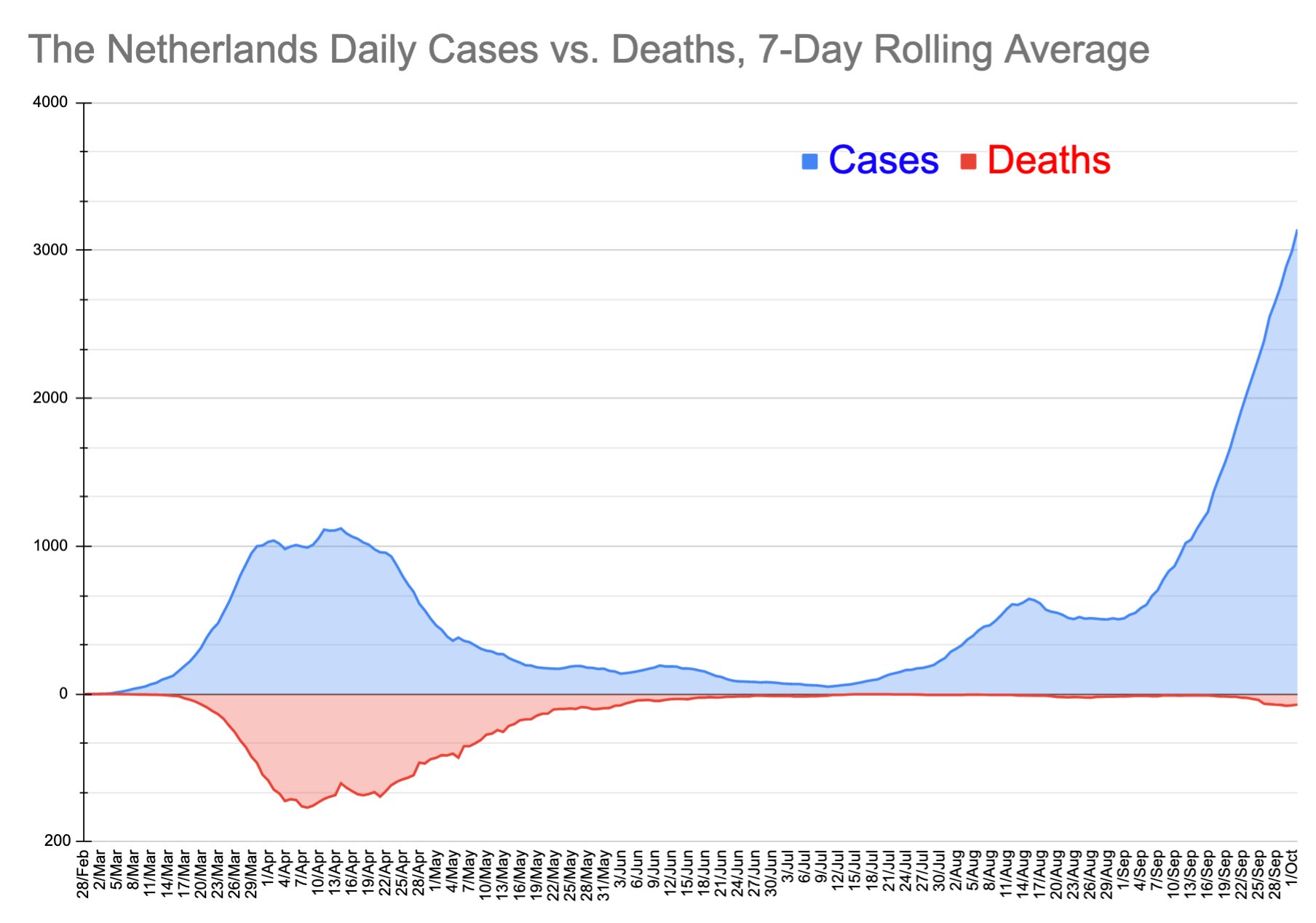 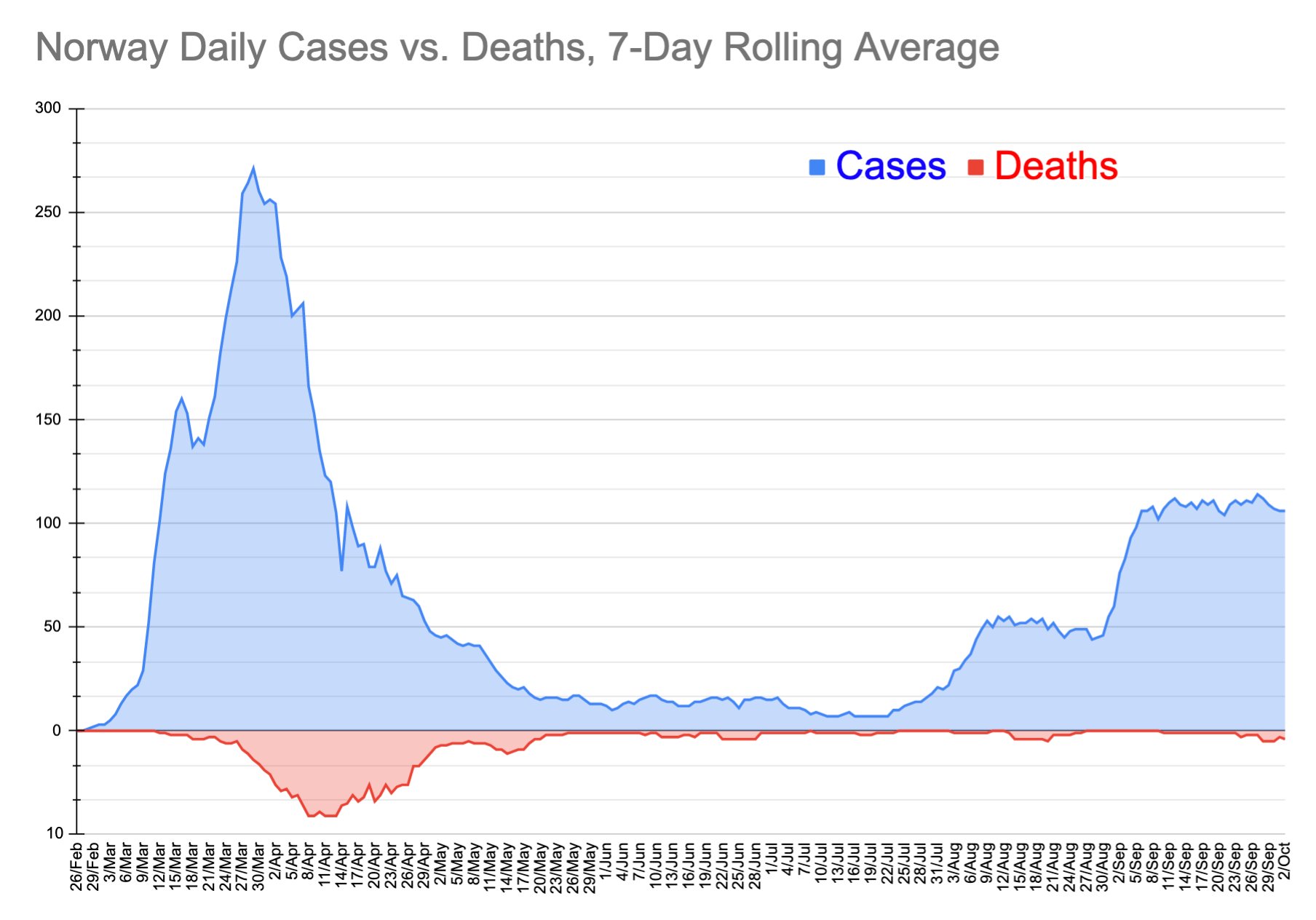 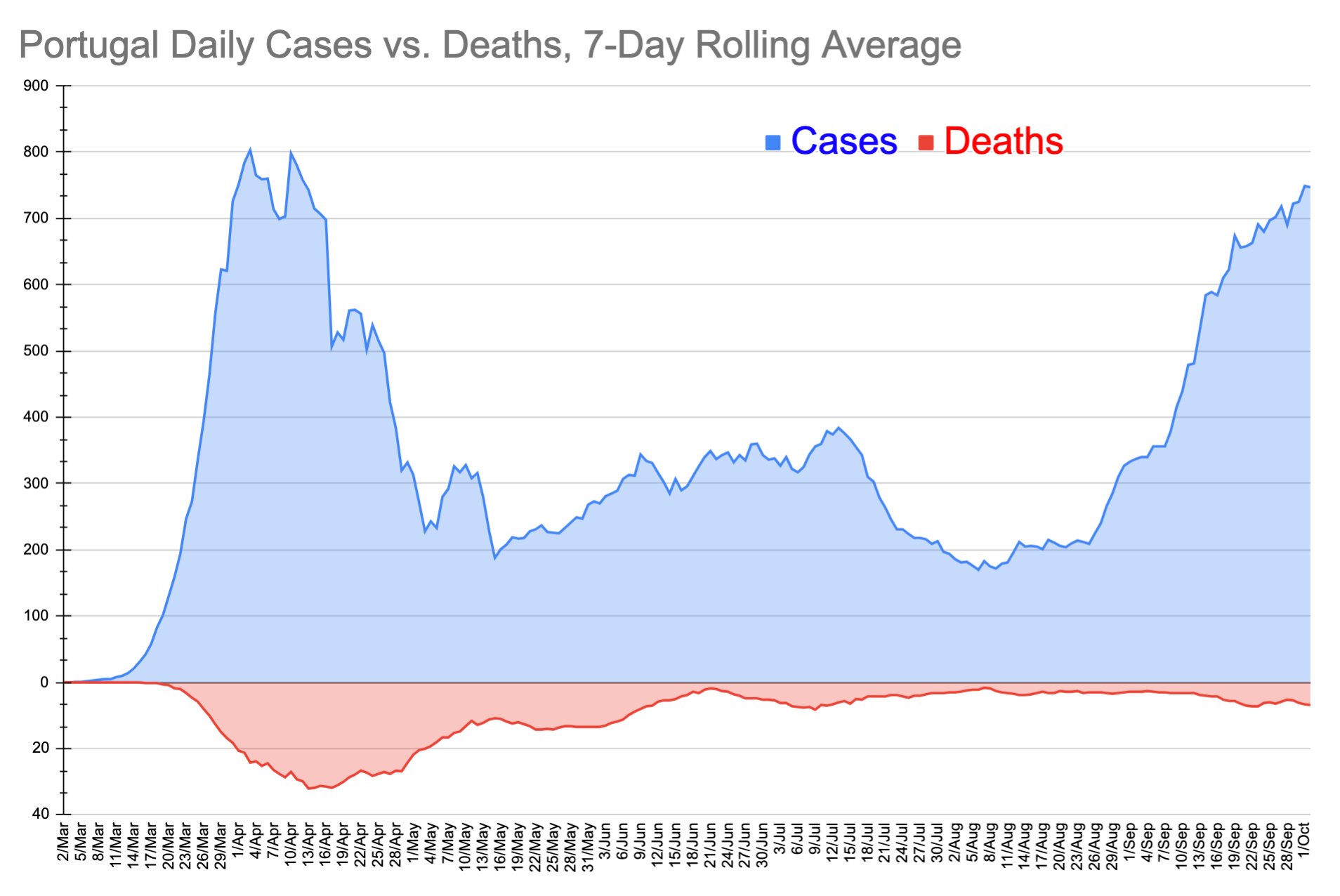 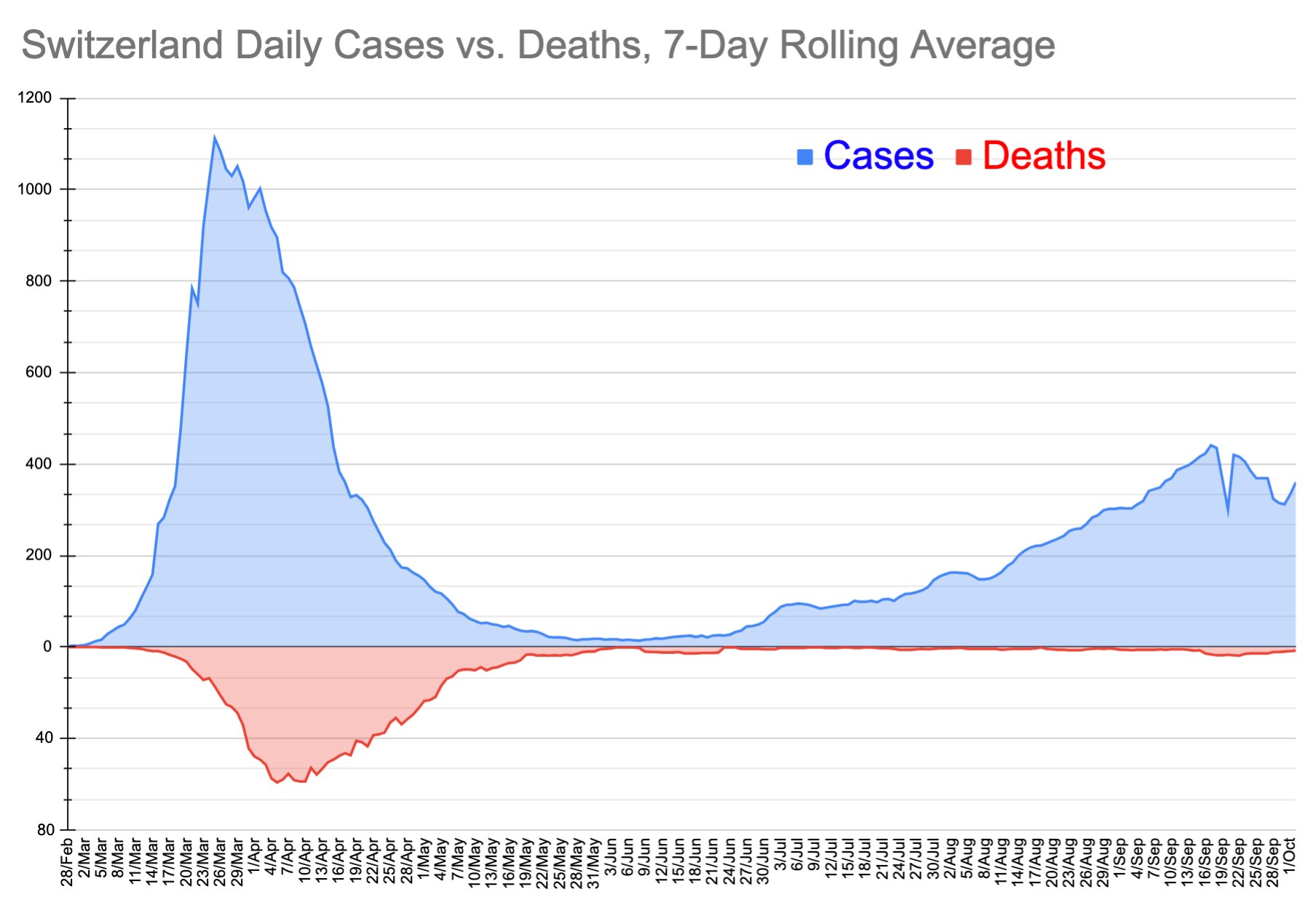 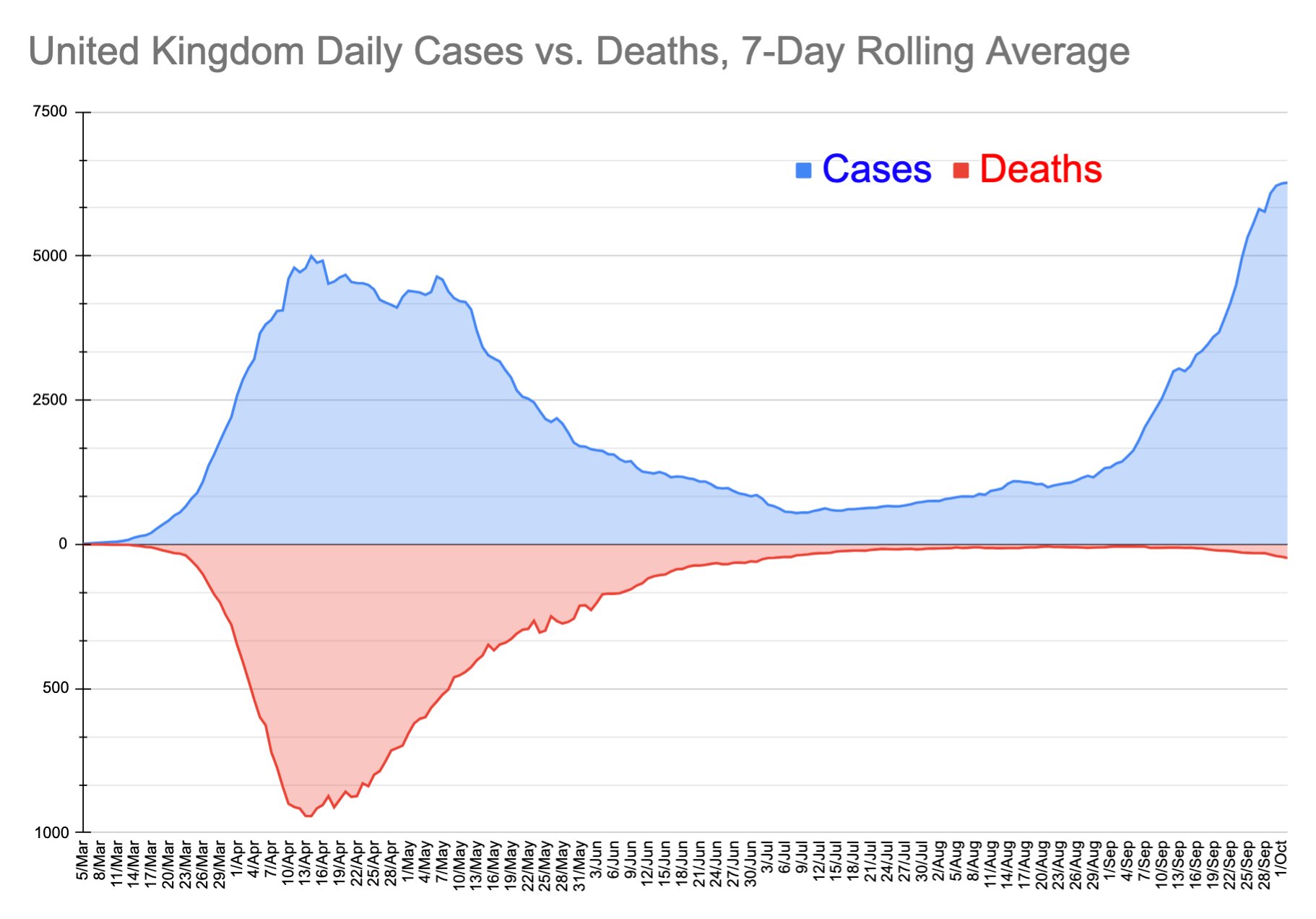 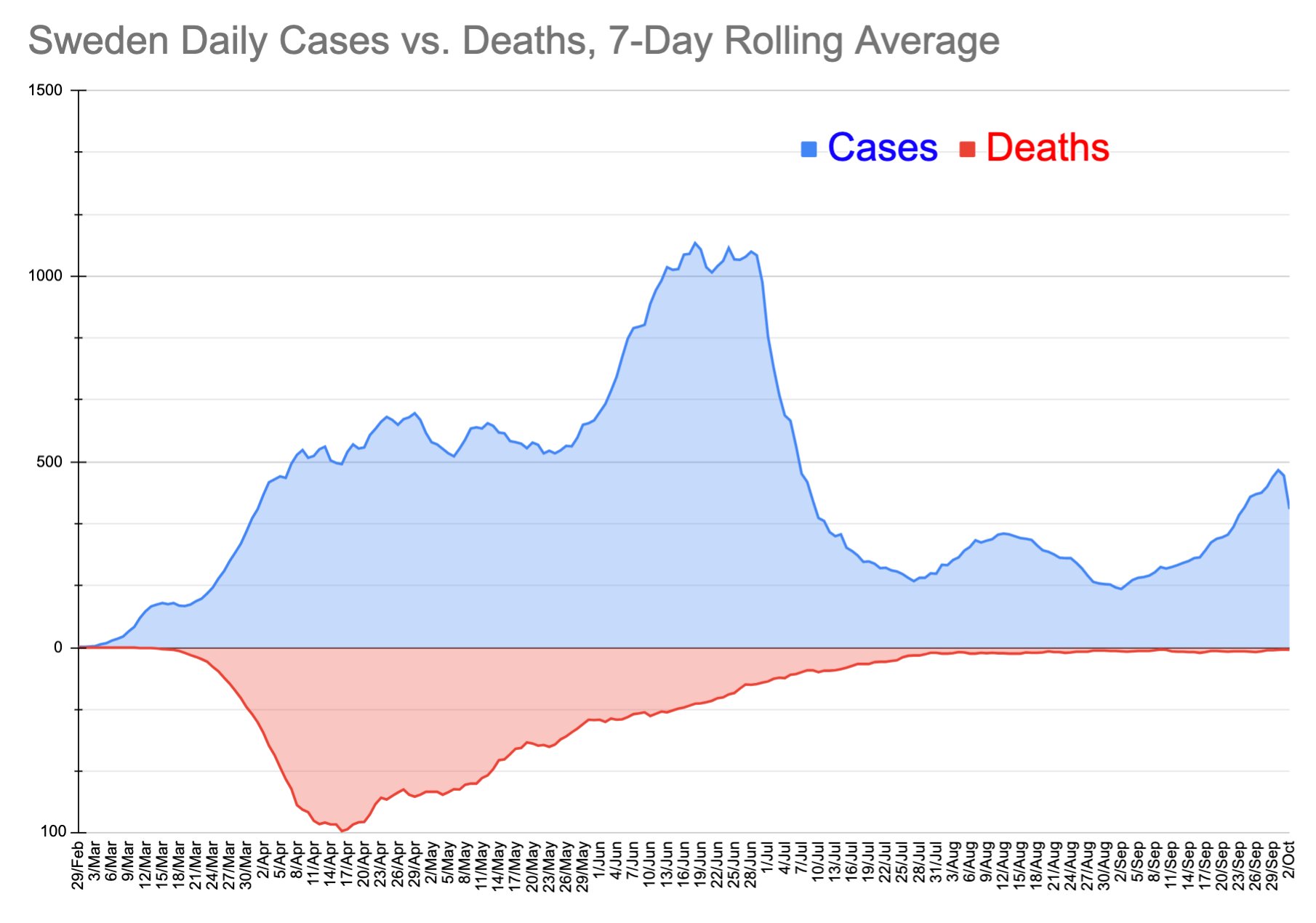 So what is going on? A number of theories have been proposed:

What about Sweden? It is hard to avoid the conclusion that Sweden is faring better than all other states in the second wave, both in cases per day and deaths per day. It remains to be seen if Anders Tegnell’s prediction will be borne out, that by the end of both waves, the EU nations that did hard lockdowns to contain the first wave will have merely delayed the inevitable, deferring the pain to subsequent waves.

As for Spain, @Covid19Crusher had noted that Spain reached the level of cases per unit population where in the US, cases peaked and started to decline. The data so far confirms their prediction. Spain’s second wave appears to have already peaked and is in decline.